So worth the wait: Me and my Sonny Jim

Next week is National Fertility Awareness Week (#TalkFertility.) As someone who waited NINE years for her baby boy, it’s a cause close to home.

So, to mark it, here are nine things people who are struggling to have a baby really hate being told…

*Just relax… it’ll happen just as soon as you stop worrying about it.
Trust me, hearing this does not make you feel zen. At all.

*It could be worse… you could have cancer.
Yes, generally things can always be worse. But this is kind of like comforting a person whose mother has just died by saying, it could be worse your mum and dad could have both died. END_OF_DOCUMENT_TOKEN_TO_BE_REPLACED

There’s a rather famous poem by Philip Larkin, which opens with the line “they f*** you up, your mum and dad.”

It was a somewhat outrageous read when I was 14 and studying for my English Literature GCSE – but the sentiment stuck in my mind.

Now almost two decades on, a mummy myself, I find myself pondering the truth of his lines,
“They fill you with faults they had
And add some extra, just for you.”

I am a worrier. I can’t remember a time when I haven’t had anxiety over something gnawing away at my gut, prickling just at the edge of my consciousness. In a weird way it has probably spurred me on in life. I might as well put myself out of my comfort zone, take the big leap, I’ll worry it about it, whatever I do. END_OF_DOCUMENT_TOKEN_TO_BE_REPLACED 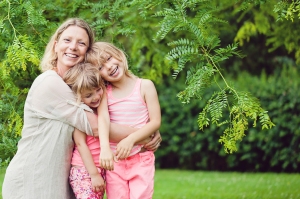 A BILLERICAY mum’s bedtime stories, written to comfort her daughters as she divorced their father, are soon to be enjoyed by children everywhere.

Sibel Beadle, 46, who lives on a former farm at the edge of Stock, started penning the Witchy Travel Tales for her girls Vie, now ten, and Kei, now eight, two years ago.

Now the first of the five tales is on sale in book stores nationwide.

But how did it all come about?

“My husband left two and a half years ago and my decree absolute was almost a year ago,” Sibel explains. END_OF_DOCUMENT_TOKEN_TO_BE_REPLACED

You’ve just pushed a baby out. Or basically been slashed in half to birth your little one.

You’re in a state of complete exhaustion/elation. In your arms is the most precious thing you’ve ever held.

You’re an emotional wreak. You are in pain. Parts of you that you didn’t even know existed are hurting. You have no real idea what day/time it is. You’re in a total just-given-birth-blur.

And then, at the foot of your bed, is an unsolicited, cold calling Bounty rep. END_OF_DOCUMENT_TOKEN_TO_BE_REPLACED

Better than any imaginings – me and my boy

IT’S a funny thing, but becoming a parent forces you to give up on childish ideas of who the adult you might be.

Since having Sonny Jim I’ve realised that being a journalist in New York – living a Sex and the City style life – isn’t actually for me.

Since becoming a mummy I’ve known for certain that I’m never going to just jump on a plane and lose myself on a beach somewhere, working in bars by night so I can sleep in the sunshine all day.

The ship has sailed for me to suddenly become the girl with the signature red lipstick and envious eyeliner flicks. With a picture perfect city apartment.

I’m never going to grow out of being clumsy.

I’ve never been more happy in myself, but this transition from the idea of the grown up you, to the reality of it, is easier for some than others. Though no one ever seems to talk about it – instead we all seem to muddle through in our own ways, in our own little worlds. END_OF_DOCUMENT_TOKEN_TO_BE_REPLACED

THIS tour of Footloose the Musical has been more than a little bit emotional for Maureen Nolan.

The 63-year-old, who found fame as part of Irish sister band the Nolans, has had rather a lot on her plate while playing Vi Moore, in the musical coming to Basildon next month.

Indeed, it was actually mid-show that she realised her marriage to Ritchie Hoyle was over. Yet she’s not missed a single performance.

“Oh yeh, that was difficult,” she sighed, in her soft Irish burr.

“I didn’t miss a day because of it [the tour] though. I was very tempted…you know when you’re just so low, and our family, we’ve been through a lot recently with cancer and illness.

“But you’re either going to pull the covers over your head and never get out of bed or just get up and get on with it. END_OF_DOCUMENT_TOKEN_TO_BE_REPLACED

Doing it like a mother: Keri Jarvis (centre) Photo by Petra Blacklock

“We have grown up thinking we can have it all, but we don’t realise that that means ‘do it all’. And we’ve got to look good at the same time…”

The rarely-spoken about challenges of being a mummy have inspired a hypnobirthing teacher to set up a new motherhood mindset mentoring program.

Mum-of-two Keri Javis, 32, of London Road, Westcliff, has helped more than 200 women have hypnobirths – yet grew frustrated with how the support for women seemed to end as soon as the baby was born.

She said: “When my first son was born, the transition into motherhood was such a shock. Once the initial excitement of meeting our baby had faded, and everyone else went back to their own lives, (including my husband 8am-6pm, five days a week) I felt utterly blindsided. I spent a lot of time alone with Louis, because when I forced myself out to groups, I just didn’t feel a connection to the women talking about how well their babies slept or some version of how amazing it was to be a mum. END_OF_DOCUMENT_TOKEN_TO_BE_REPLACED

What Katy Did UK
Blog at WordPress.com.