Debbie Bright burst on to TV screens nearly ten years ago on The Only Way Is Essex in support of her reality star daughter Lydia.

She quickly garnered huge praise from fans for being one of the loving mums of the show.What viewers didn’t realise though, was that off-screen Debbie was taking mothering to another level… as a foster mum.

For the past 27 years, the 58-year-old, has welcomed children, babies and teenagers in need, into her Essex home. When we chatted, she was currently looking after three teenagers and a newborn.

Yet, her life of fostering was all thanks to a chance conversation in a restaurant.

“I’m one of those people that talks to everyone,” she recalls. “Wherever I go I’m always talking, in supermarkets, on the bus, on the tube… So, we were in a restaurant and I just spoke to someone who was sitting next to me. She had quite a few children and she said, ‘oh I foster some of them.’

“That’s literally how the conversation went. I don’t remember her name, I only remember vaguely what she looked like. She just asked for my phone number and said she’d pass it on to the social worker because they were really short of foster carers.

“And by talking to her rather than just ignoring someone on the next table, she really mapped out the next 27 years of my life – and she doesn’t even know she has! She’s walking around the streets oblivious to what she did. I never spoke to her after, I never bumped into her anywhere.”

The social worker called Debbie the next day, and despite her partner’s initial reservations (“So you know who wears the trousers in my house,” she chuckles) Debbie, whose daughters Georgia and Lydia were just two and three-years-old at the time, was soon approved to foster.

And she still remembers her first foster child like it was yesterday.

“It was a baby. I think she was about two weeks old,” she smiles. “She went on to be adopted by an auntie, so I had her until she was adopted and then I lost touch, because she was half-Italian so she went to live in Italy. So, she’s walking around in the world somewhere not knowing she spent her first nine/ten months with me.”

Since then she has looked after children of all ages – with a variety of needs and issues. Foster children can stay with Debbie for a night, a week, a month or a couple of years, depending on their circumstances. The youngest child she has fostered was just two days old and the eldest a 15-year-old girl. The youngsters are usually from the local area and 85 per cent tend to come from homes where parents are battling drug and alcohol abuse. 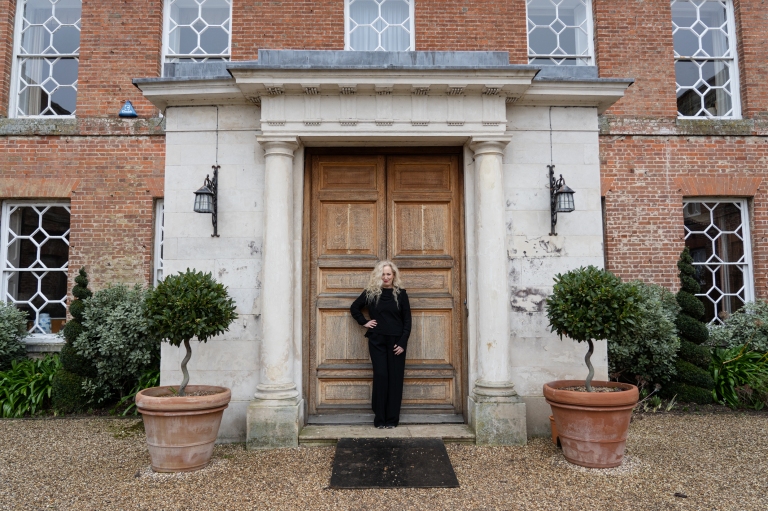 It’s all a world a way from the glitz and glamour of Towie… and the toughest bit for Debbie is when the children – especially the babies – leave.

“Oh it’s heartbreaking,” she says. “Because you’ve cherished that little bundle of joy since you’ve picked him or her up from the hospital and you’ve nurtured them every minute of the day.

“I mean, I’m not even exaggerating, I feel like my heart is broken when they go and I literally sob my heart out and then I don’t talk to anyone for about a week, because I can’t.

“And then I think, I’m never going to do this again. And then I do do it all over again.

“But I also cry for happiness, because I feel there’s never any true ending, it’s just a new beginning for them and you’ve been like the foundation of their little house that’s yet to be built.

“You know they’re going on to the next chapter of their life and the adoption process is quite intense when a foster carer does a program for the baby to be passed over and all of them are lovely, lovely people that have yearned for a baby for many years, so I know that when I hand that baby over it’ll be loved and cherished for the rest of its life.”

Debbie also worried a lot while her own children were younger (Georgia, Lydia, Romana and Freddie) about the impact fostering was having on them.

“I did really beat myself up a lot when my children were younger,” she recalls. “My children don’t know any different. They’ve never had their own toys, or mum and dad to their selves – that’s normality to them. They’ve always had six, seven brothers and sisters, they’ve always had social workers walking in and out.

“But children who come into care, they’ve come into care for reasons, you’re not going to get a child come into care unless they come with huge amounts of baggage and of course they’re very challenging with different issues. You have meetings and the school might call you up or they might be excluded for days or you’ve got hospital appointments… So I look back and I know over those years I was thinking, what am I doing spending all this time with children and am I actually damaging my own children?

“But one sentence I remember Lydia writing once to me. She said mum, for hundred really negative things I can tell you about fostering, really terrible, negative things, there’s a million to replace them that are positive.” 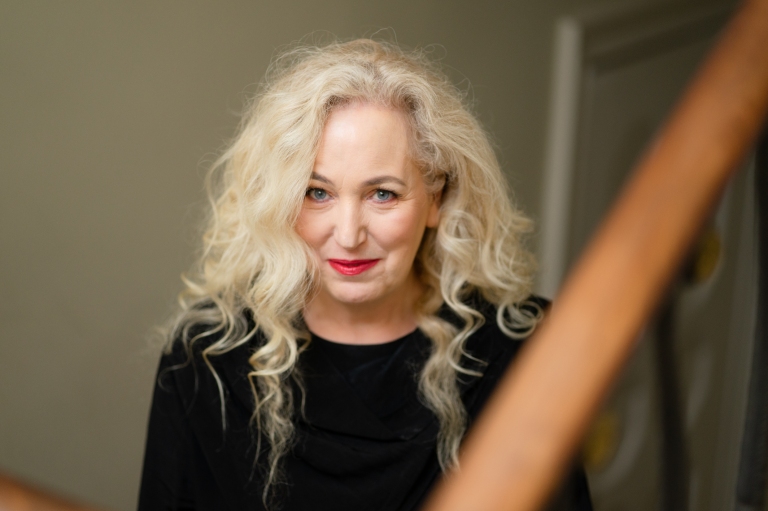 Having mothered so many children (and had her own four children in three different decades!) Debbie is, perhaps unsurprisingly, pretty relaxed about the challenges of motherhood, though she does confess teenagers are the hardest work!

“I don’t find babies hard at all,” she smiles. “The sleepless nights don’t bother me in the slightest. I like being up in the night with them because that’s the time when you have them all to yourself, the house is quiet and it’s dark and there’s something quite intimate about night feeds I think. I think that is the easiest part of looking a child. I really do.

“I find teenagers absolutely horrendous! There are some foster carers that actually just do teenagers and I take my hat to them, because I just think Oh my god…

Does she have any advice for any mothers who might be struggling a bit?

“Just chill out,” she says. “If a baby has got a dummy at two and you’re trying to get rid of it, don’t get stressed out about it, because they give it up when they want to give it up. You never see a child walking into school with a dummy in its mouth at nine do you? And even bedwetting, potty training… I think mums put so much pressure on themselves, that you know, their baby’s got to be potty trained by two, they’ve got to not have a dummy, they’ve got to not be doing this and that.

“Each baby develops at a very different rate so don’t compare yourself to other babies and other mums, don’t think you’re got to be a perfect mum. And have time out. Those mums that think that they can’t leave their baby, they can! It might scream and shout when you walk out the door, but within five seconds, it’ll be fine. Keep your own little bit of identity. Do your own things. And just chill out things. Because listen. They grow up far too fast, before you know it, they don’t even want to talk to you anymore.”

This site uses Akismet to reduce spam. Learn how your comment data is processed.

With all the hustle and bustle around Christmas (not to mention omicron causing absolute havoc!) you may not have had a chance to check out my winter edition of @sussexprestigemag So here’s a little reminder that you can read this issue (and dive into our archive too!) totally free online right now… #sussexprestigemagazine #sussexprestige #magazinecover
Annual Christmas drinks with @emma.louise.cox 🥂🎄
There are winter editions… and then there’s my @hertslivingmag winter issue. @kathbum on the cover. @theplantrescuer talking all things greenery. Must-try #hertfordshirerestaurants for the new year. Brilliant #hertfordshire businesses that are battling on. And if you can’t get out atm to pick up your copy (#omicron 😫) remember you can read the whole edition (and enjoy our back catalogue!) online right now, totally free….
Becoming a bit of a Christmas tradition now… thank you @jenjbphotography🎄 #myboyandme #mummyandsonny #christmasjumper #sonandmum
My winter edition of @essexlivingmag is live online now! Hurrah!
Halloween 2021 🎃